I’m launching my second collection of poems, ‘take your experience and peel it’, this coming Thursday at 6.45pm. The launch takes place amongst the standing stones/rocking stone up on Pontypridd Common. Here’s a LINK TO A MAP and a photo of Google maps showing how to get there:

Please take this route, and don’t go through the park or the Common, unless you are familiar to the area. It’s easy to get lost. The standing stones are a few seconds’ walk away from Common Road, at the point marked on the map. They look like this, and are easy to spot: 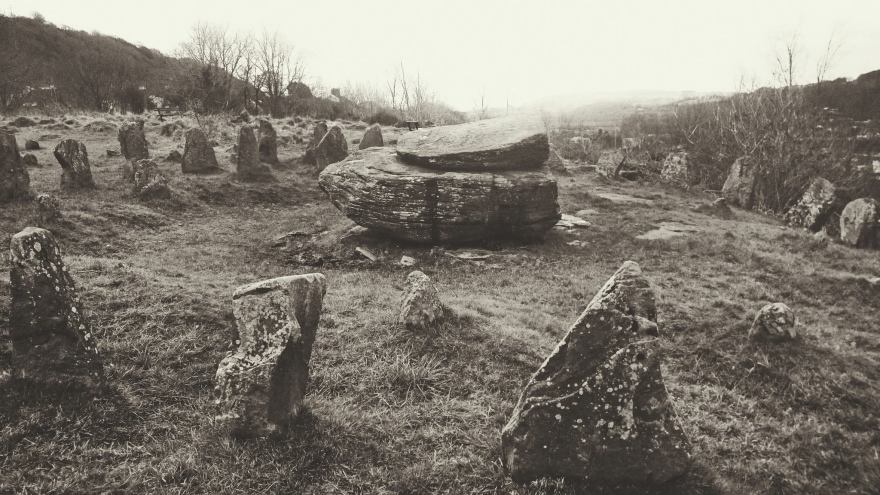 The outer stones are relatively recent, the rocking stone in the centre is thousands of years old… But the spot was home to many poetry readings in the 18th and 19th centuries. Now it’s the venue for us!

There will be three special guests at the event, as well as myself. They are: 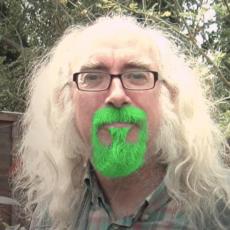 STEVE ANDREWS a.k.a. The Bard of Ely

Cardiff-born Steve Andrews aka the Bard of Ely aka Green Bard is a singer-so
ngwriter, poet, author and naturalist. He has performed at Glastonbury and the Green Man festivals. As well as his songs and writings he is famous for his green beard!

Find out about Steve’s excellent book, Herbs of the Sun, Moon, and Planets, HERE.

Rufus Mufasa is a pioneering hip hop educator, specialising in participatory practice and site specific theatre. Lyricist, rapper, performance art poet and a fellow of the Barbican, Rufus is supported by Literature Wales and Slambassadors’ Joelle Taylor. Her work and research has taken her to NYC and a European tour with Crowd OMNIBUS. From babies to prisons, from championing poetry slams to street cyphers, Rufus’ passion for language and literature is contagious.

Ben will be performing a song which came to him fully formed in a dream (as the title poem of my book did) and, as well as other works, this piece, which is one of the poems from my new book which he has set to music:

As for the book itself… Well, it won a thing and was shortlisted for a thing. It’s four years’ worth of poems, and my soul in a very slim volume! You can read some of the poems, and read a couple of testimonials HERE.

The Facebook event with more about the event is HERE.

I hope you’ll come along! x